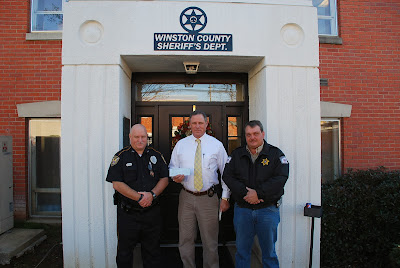 The Winston County Sheriff's Office and the City of Noxapater each received a check on Tuesday, December 17 for $8400 as their share of funds seized in a traffic stop in Noxapater. Officers from Noxapater and the Sheriff's Office were involved in the stop back in February 2013. A large stash of money suspected to be used in drug activity was discovered.